On 13th of November 2019, the Finance Minister, Ken Ofori-Atta, presented the Budget Statement and Economic Policy of the Government for the year ending 31st December 2020 themed “Consolidating the Gains, Jobs and Prosperity for All”. The presentation has attracted responses from numerous business and academic players since it was presented in Parliament. Dr. Lord Mensah, a Senior Lecturer in the Department of Finance at the University of Ghana Business School has made a few recommendations.

Dr. Mensah heavily stressed the negative effects of poor loan culture on the economy. He recommended that investing loans into projects that yield enough profit to repay themselves, is a good place to start. He, therefore, emphasised on the need to block out all loans that cannot pay for itself and to start afresh. Also, he urged that projects funded through borrowing should be scrutinised when they are not yielding necessary results.

Dr. Lord Mensah further indicated that the budget projections should be realistic and quantifiable. “As a country where we commit more on interest payment when looking at revenue and expenditure streams of the country, there is the need to take into consideration the sources of the finance,” he added.

Speaking on the sources of finance, Dr. Mensah mentioned that the services sector, which is dominated by the banking sector, used to drive the economy. In recent times, however, this trend has been taken over by telecommunication, which is also in the service sector. Therefore, the government, realizing this, would like to place taxes in that direction.  He stressed, however, that the “citizens who play a major role in its usage don't really understand taxes but can only feel it.” He further added that “by using this as a revenue target by shifting your taxes to the telecommunication sector, we may end up hitting the rocks which isn’t politically wise.”

He cautioned the government against the skyrocketing of revenue projections since revenue has been dwindling over the years. He noted that given the structure of the Ghanaian economy now, any attempt by the government to borrow in this environment can squeeze out everything, as investor sentiment is completely down due to the clean-up in the banking sector as well as recent activities in the financial space in general.

Dr. Mensah, nonetheless, commended the socially oriented projects included in the budget, but also advised that the funds go into the productive sectors of the economy before going through those channels. He predicted a budget review, especially in 2020 which is an election year and suggested revenue collection and mobilisation-enhancers such as the National Identification Card, Digital Address System, Paperless Port, and Nation Builders Corps (NABCO) personnel collection be fully utilised in order to effectively identify taxpayers for revenue generation. 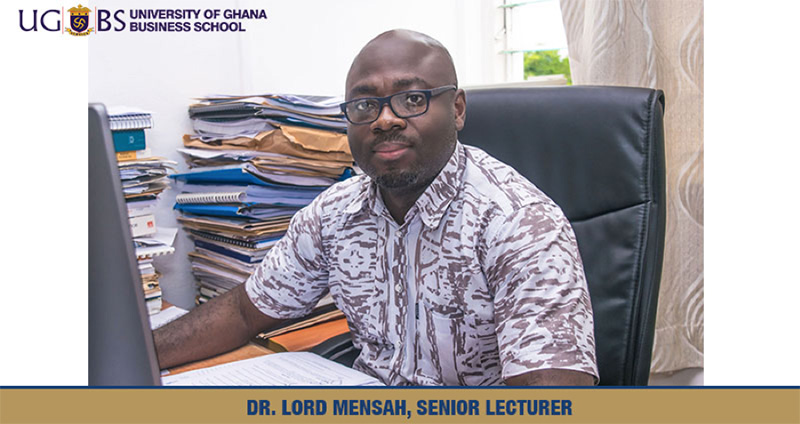