Commencing his speech, Dr. Kobby Mensah attempted to take the participants back to the industrialised years. He stated that the extractive, agriculture and manufacturing sectors of the economy served as a stepping stone for Ghana to lead Sub-Saharan Africa through the adaptation of comprehensive industrialisation. 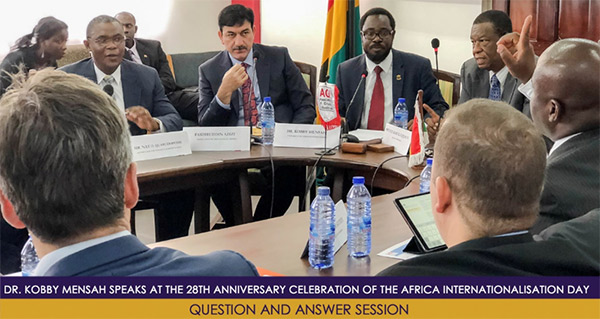 Dr. Mensah stated that Africa commands a meagre percentage of the world's total manufacturing output, this he said based on “BBC’s observations on the rise of ‘Made in China’... on a wide range of objects – from T-shirts and shoes, to watches and televisions – worldwide”, but most evidently in Africa. As BBC notes, you “rarely find an object which has a mark that points to origins in Africa”. This, he said needs our urgent attention, and most importantly, our urgent action.
Dr. Mensah then expressed excitement for the Continental Free Trade Area (CFTA) as one of the boldest policy calls yet; an impetus towards industrialisation of the continent. Studying the North American Free Trade Agreement’s (NAFTA) success story, he pointed out that it is one of the trade agreements that utilises the optimum resources of member nations to create a win-win situation. 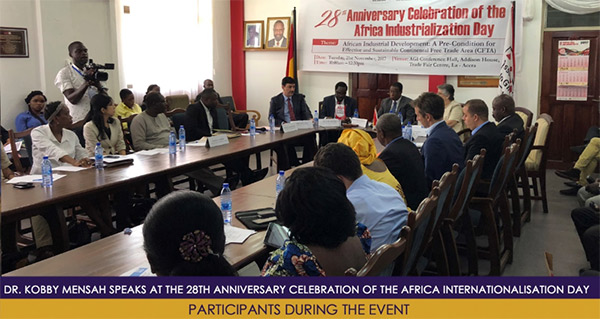 Dr. Mensah opined on the need to take cues from NAFTA’s success story by not only focusing on production but recognising the importance of demand. He added that having a working access point for both the demand and supply mechanism is necessary for creating a successful market.

“Going forward as a nation, we need to create an enabling environment to boost the capacities of emerging entrepreneurs through deliberate policies to spur up the industrialised growth we need.” He added.

In concluding his speech, Dr. Kobby Mensah expressed confidence in defying the odds of poverty, violence and the rise of “Made in China” in order to create the businesses of Africa today that is embedded in our own identity. 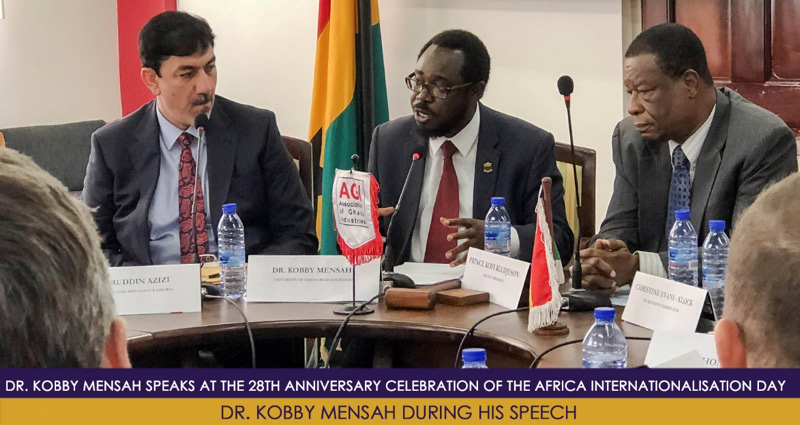