UGBS Alumnus Of The Month May 2021 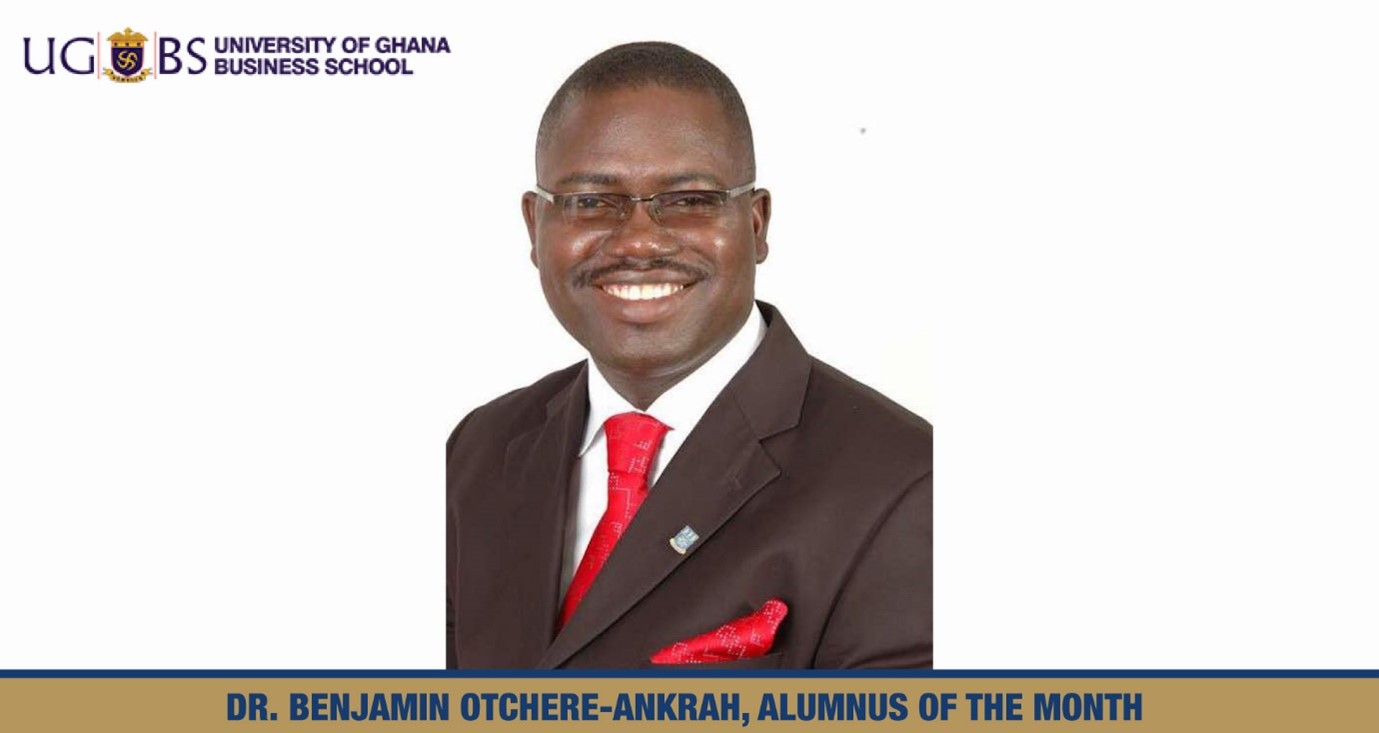 He began his work in 2005 as a teacher and a housemaster at Vicande School in Kumasi. He later moved to the University of Ghana Registration Office in 2007. In 2009, he worked as a national service personnel at UGBS with the office of the Executive Master of Business Administration, where he performed operational duties. He again worked as a Teaching Assistant at the Department of Public Administration in UGBS. He served as a Part-Time Lecturer in several Universities in the country, including the Catholic Institute of Business and Technology, Zenith University College, Knutsford University College, all in the Department of Public Administration. From 2018 to 2019, he served as a Board Member in an Asset Management Company called Mutual Integrity. Dr. Otchere-Ankrah is currently a Lecturer with the Department of Management and Public Administration at Central University. He is also the Chief Executive Officer of AB-MANA Company Limited. Currently, he is the President of the Aggrey Memorial Secondary Old Students’ Association, Greater Accra.

Due to his outstanding and extraordinary expertise in his work field Dr. Otchere-Ankrah has received many awards. For instance, in October 2012, he was awarded the most outstanding Alumnus of the Akrokerri Teacher Training College during their 50th-anniversary celebration. In May 2008, he was awarded the most outstanding contributed member to the development of Legon Hall at the University of Ghana. He has also been honoured as the most effective prefect of Akrokerri Teacher Training College in 2002.

Dr. Otchere-Ankrah has attended several seminars and conferences, including the International Research Society for Public Management (IRSPM), New Zealand, Harvard Business School, Boston, USA, African Business Conference, University of Hebei, China, a seminar on Economics and Trade, among others. He also has several publications, ranging from journal articles to book chapters. Aside his academic and scholarly endeavours, Dr. Otchere-Ankrah has a passion for farming; he owns crop and animal farms in the Ajumako-Esiam District of the Central Region. As a philanthropist, his works span the rural areas of the Central, Western, and Northern Regions of Ghana.

The University of Ghana Business School is proud to be associated with Dr. Benjamin Otchere-Ankrah and wishes him the best in his endeavours.