Prof. Gloria Agyemang, an Accounting Professor from School of Management, Royal Holloway, University of London visited UGBS Accounting Department and presented a joint paper, on the topic ‘Towards the Millennium Development Goals?  Faith and Performance Management a case of Two NGOs’ on the 19th of February, 2016.

In her presentation, Prof. Agyemang threw light on the UN Millennium Development Goals (MDG) which was declared in September 2000. She said the UN envisioned that by the year 2015, the world will be a better place; this was to be measured in terms of the 8 millennium goals. She was of the view that, in order to achieve these goals, there is the need for the Public, Private sector as well as NGOs to work collectively. In line with this, their research sought to inquire the results of high level global goals and its effect on NGOs organizational levels. 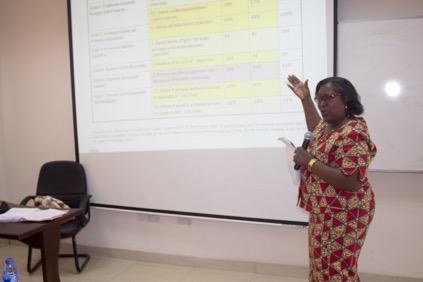 In her analysis, she stated that NGOs have multiple logics; this could be spiritual, physical or social. Actors use different capitals to manage performances. She described performance management system from an accounting perspective to mean the organizational strategy which is later reduced to objectives. These objectives become real when targets are set. After targets are set, performance based on targets needs to be monitored to give room for rewards.

Prof. Agyemang emphasized that faith based NGOs can influence the achievement of MDGs even though faith play out differently. She used the cases of these NGOs in her research, ADG and CIG. CIG’s mission is to achieve social capital through faith to help needy children. Her habitus is to work entirely with the church to raise finds and achieve its goals while ADG’s is to bring development. This is done with faith in the background and in collaboration with the government which is also in line with what the MDGs seek to achieve.

Upon several discussions on the paper, she concluded that agents act, think, reflect, desire, perceive and make sense but they always do so by way of habitus which refers to the habit, skills and tastes developed overtime from the socialization process. 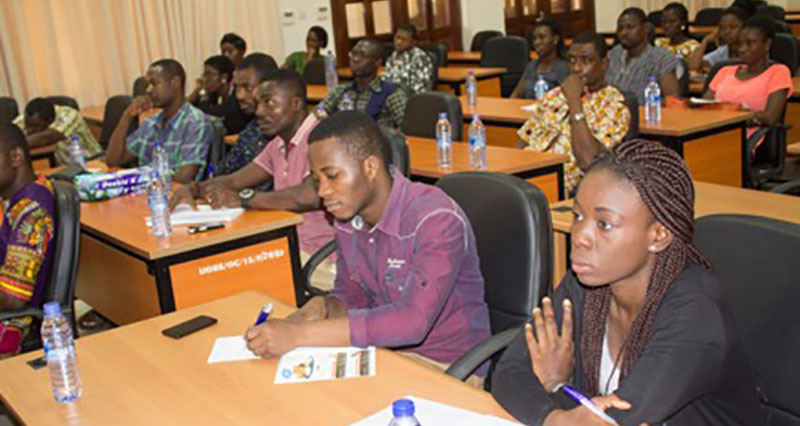 A cross-section of students from PAHSM at the presentation.