In a bid to review the action plan of the Dean of the University of Ghana Business School (UGBS), a strategic retreat was held on the 22nd of November 2019 at the UGBS Graduate Building for the School’s Management Team. The retreat also featured a presentation on the process of attaining a Triple Crown Accreditation, a talk on Effective People Management, among others.

Taking the floor, Professor Robert Ebo Hinson, Head of the Department of Marketing and Entrepreneurship, reiterated the benefits of a Triple Crown Accreditation (TCA) to faculty and staff present. He stated that attaining a TCA will add UGBS to the crème de la crème of Business Schools in the world. “A TCA will push UGBS to a continuous improvement mindset since a TCA can be taken away from a school if its standards fall,” Professor Hinson added. 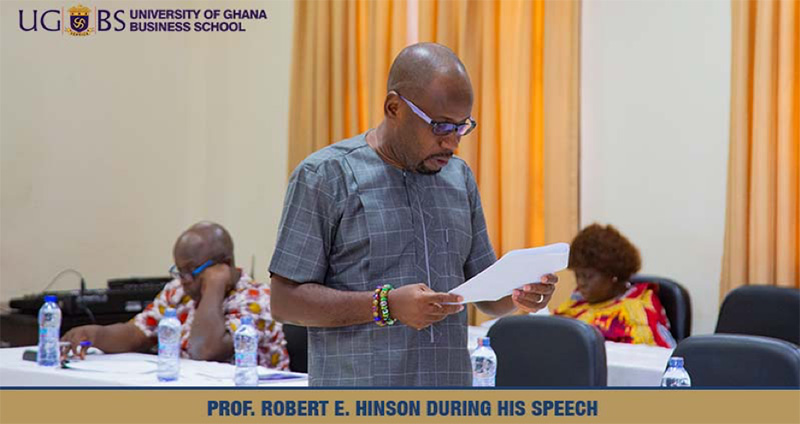 The Dean of UGBS, Professor Justice Bawole, revisited his action plans which have been in effect for the last three months. He explained the ongoing plans as well as those that were yet to be set in motion. His action plans for his term in office as the Dean of UGBS include: intensifying doctoral training; modernising lecture halls and libraries adding to an environment of excellent teaching and learning; reviewing and revising programmes to reflect changing market trends; keeping accreditation up to date and introducing new, relevant programmes. 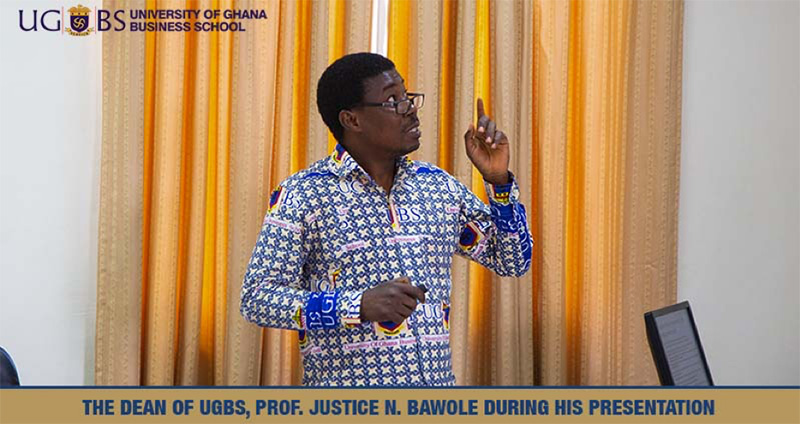 He indicated that there was the intention to develop comprehensive guidelines for doctoral skills development using a Researcher Development Framework. He further indicated that the School was following up on the accreditation of the Global Executive Masters in Business Administration (GEMBA) programme at the National Council for Tertiary Education. In addition, the Dean stated that competent committees have been created to handle various action plans for the school. Hence the Committee heads present gave an overview of how far their plans were and the way forward.

Following the presentation by the Dean, Professor Kwesi Amponsah-Tawiah was given the floor to deliver a talk on “Effective People Management and People Skills”. 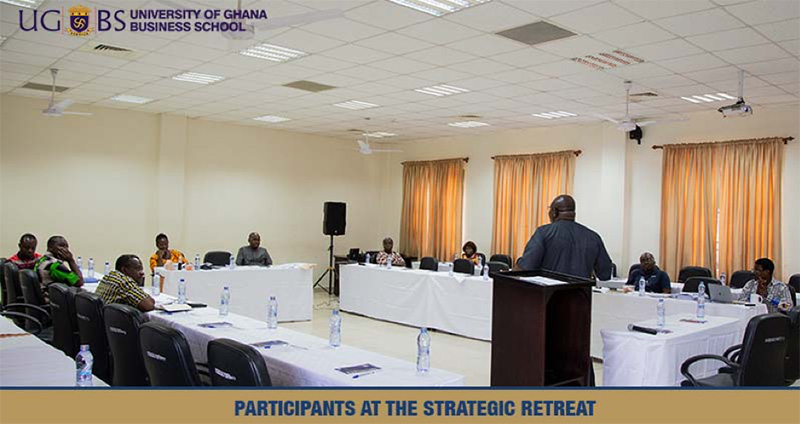 “He who thinks he is leading but has no followers is just taking a stroll,” Professor Amponsah-Tawiah remarked to Faculty and Staff at the retreat. He continued that “if an organisation fails, there must have been no leadership”. He spoke about the various definitions of leadership and who a leader must be, spelling out some major attributes of a leader which brought in a lot of questions from the participants. To conclude, Professor Amponsah-Tawiah remarked that understanding the emotions of people is key to effective leadership. 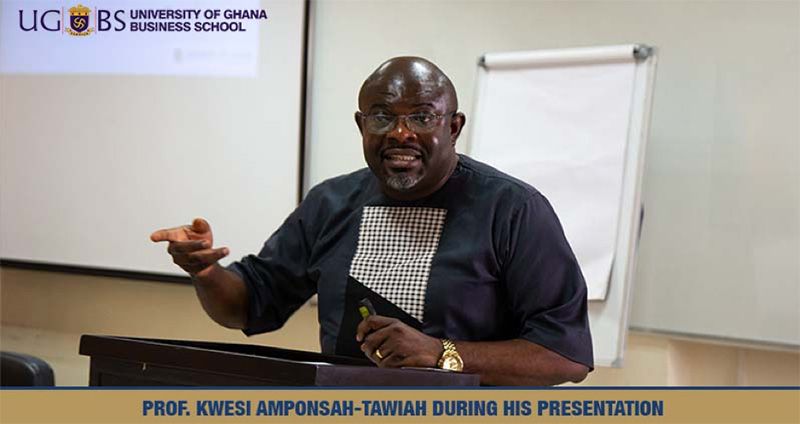 Participants at the retreat included Heads of Departments, the School Administrator, Mr. Emmanuel Poku-Sarkodee, the Accountant, Mrs. Eunice Esther Mensshan, the Assistant Registrar, Ms Selina Saaka and some strategic committee members. The retreat ended with participants resolving to work effectively and efficiently to help see the action plans of the Dean come to fruition. 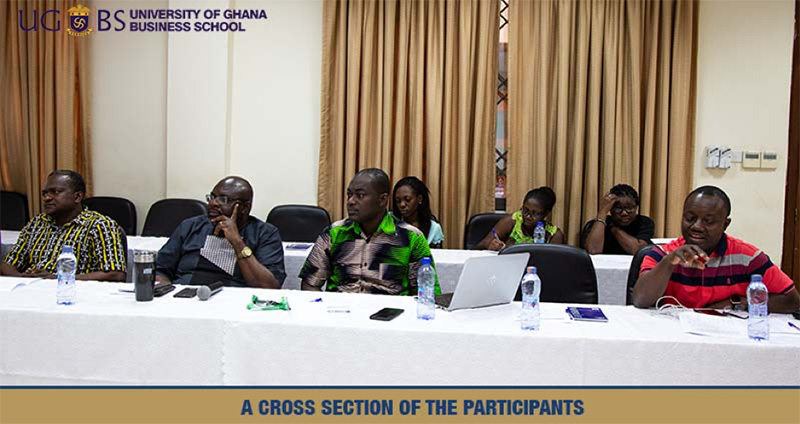