Collaborations between faculty of the University of Ghana Business School (UGBS) and other institutions of higher learning has been a recipe for providing world-class management education and relevant cutting-edge research. In light of this, Professor Matthew Ocran, a Professor of Economics and Deputy Dean of Academic Planning and Assessment at the Faculty of Economic and Management Sciences, University of the Western Cape, Cape Town, South Africa, delivered a guest lecture in Professor Joshua Y. Abor’s MSc. Development Finance class on the 13th March 2021, via Zoom. Professor Ocran’s lecture focused on Foreign Aid and Economic Development. The lecture covered the evolution of foreign aid, rationale for aid, aid architecture, volumes and trends, and its effectiveness. 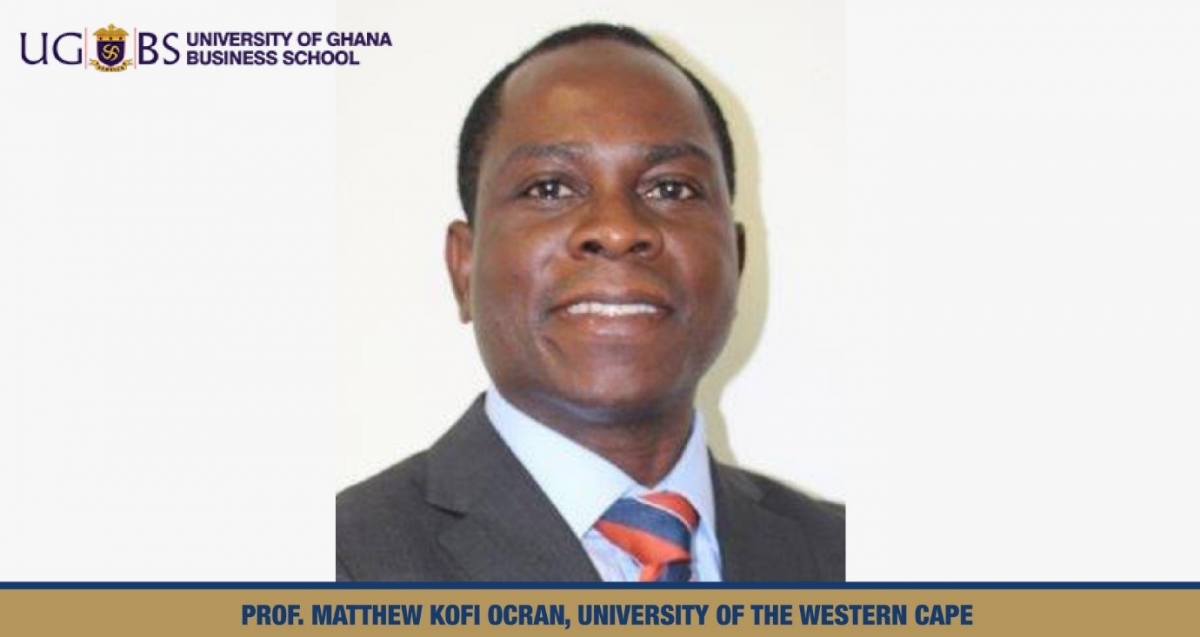 To commence the lecture, Professor Ocran disclosed three main schools of thoughts on foreign aid. One school of thought believes that aid has no significant impact on economic development outcomes in poor countries. On the contrary, another school of thought postulates that aid has a significant impact if there exists an enabling institutional environment. The last school of thought seems to agree to an extent with the first school of thought, with a view that a large number of poor countries have received foreign aid over the past five decades, and the development outcomes have been far below expectation. He continued with a brief history lesson on the genesis of aid, stating that the first recorded official financial assistance from one country to the other occurred in 1812 when the March US Congress’ Act for Relief of the Citizens of Venezuela was passed.

Furthermore, Professor Ocran indicated that two main drivers of aid exist; strategic national policy and humanitarian tendencies. This means that foreign aid could be accessed by a country as part of its national policy plan for economic growth or it could simply be accessed through one country helping another out because the recipient country is in some distress, such as recovering from a national disaster. Professor Matthew Ocran continued the lecture by discussing aid architecture (such as the Development Assistance Committee), volumes and trends. He remarked that many countries (even developing ones) give aid to other countries, citing the government of Ghana’s aid to Niger’s government during an electioneering period.

Professor Ocran shed more light on the significance of the aid industry by discussing the theoretical underpinnings of the need for countries to give aid. He intimated that investment-savings and foreign exchange gaps exist. Countries in the developing world are unable to generate the needed resources to fund investment as a result of a host of reasons. Thus, foreign development assistance is needed to fill these gaps. Concluding his lecture, Professor Ocran opined that foreign development assistance efforts have not been entirely effective. Also, he stated that the role of aid in alleviating poverty and facilitating long-term growth has been largely disappointing. He recommended that developing countries need to take steps to intensify domestic resource mobilisation in order to spur growth. These may also include transforming the informal sector into a formal one and fighting corruption.

Professor Matthew Ocran has held visiting scholar positions at the International Monetary Fund and the European Central Bank, at Washington DC and Frankfurt, respectively. His current research interests lie in macroeconomics, development economics, development finance and economic history. He has published in several local and international journals. He has successfully supervised 8 PhD and over 30 master students. He is the author of the new book, Economic Development in the Twenty-first Century: Lessons for Africa throughout History, published by Palgrave Macmillan. The South African Journal of Economics published glowing review of the book in 2020. 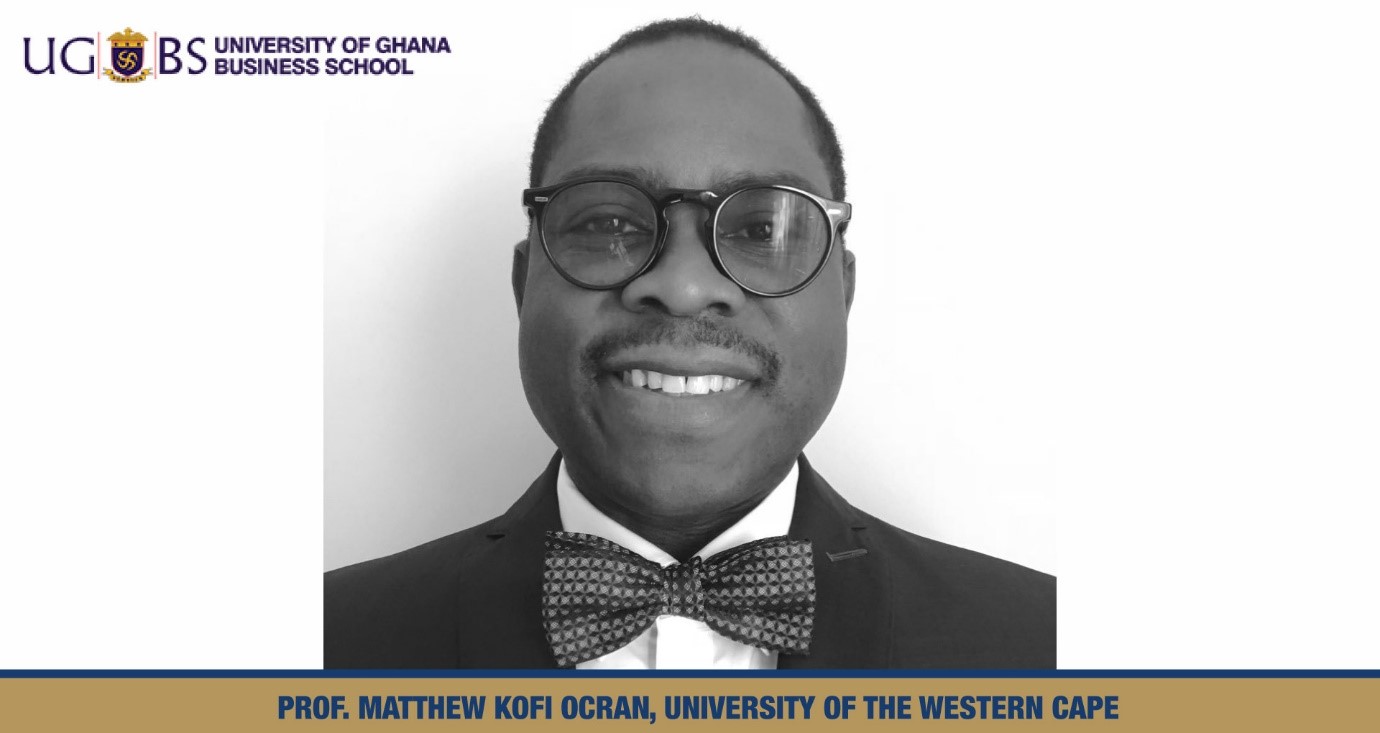