The strong tie between the alumni of the University of Ghana Business School (UGBS) and the Business School was once again rekindled when the 1993-Year group presented a cheque donation of GHS 45,000 towards the refurbishment of the R.S Amegashie auditorium seats. The Dean of UGBS, Professor Justice N. Bawole, received the donation on behalf of the School on the 17th of November, 2020. 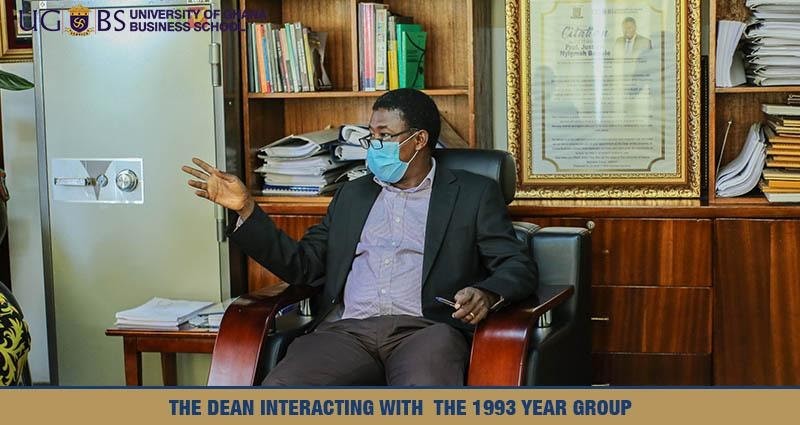 The representatives for the 1993-year group stated that their donation was prompted by the appeal to the year group to aid in the refurbishment of new 450 seats for the auditorium. The Dean gave an update of the status of the Business School and cited the introduction of some new programmes as well as some recent achievements of faculty members. He also expressed how supportive the alumni have been to the Business School and voiced his deepest appreciation to the year group for their kind gesture, since their donation came at an opportune time.

UGBS appreciates this donation and hopes that all other alumni groups emulate this gesture. 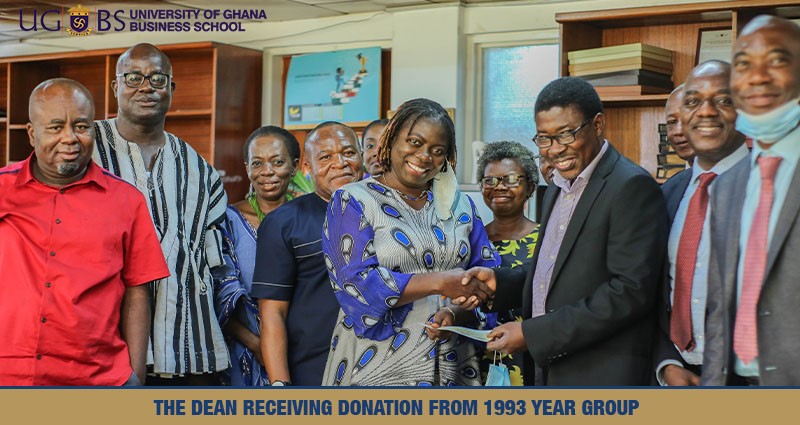