15 students from the University of Ghana Business School (UGBS) have been recognized for their outstanding academic performances during the VC’s Award Ceremony. The ceremony, an initiative of the Vice-Chancellor was held in honour of academic award winners for the 2014/2015 academic year on Friday 26th February, 2016.

According to the Vice-Chancellor, Prof. Ernest Aryeetey, the function is an annual follow up to acknowledge deserving students for their sterling performance and achievement. He also touched on the increased number of female awardees in this year’s ceremony. He mentioned that among 150 award winners, 80 awards were won by females. He congratulated the awardees for their admirable hard work and commitment to their progress in the field of academics and encouraged them to focus on what they set to achieve. 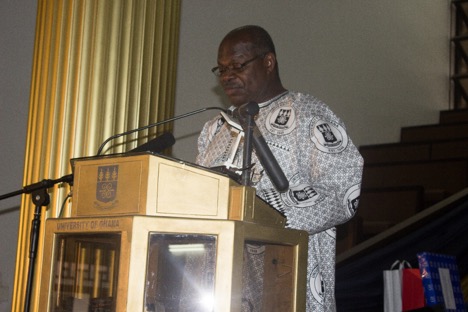 Prof. Ernest Aryeetey delivering his welcome address at the ceremony

He thanked sponsors for their continuous support in awarding their distinction students, especially, Mr. Leslie Aruna Nelson, Managing Director of General Electric Ghana for sponsoring 10 new awards to the Basic and Applied Sciences. He also welcomed and applauded 18 new sponsors for supporting the event with 30 new awards to facilitate the event.  He was hopeful that relationship between UG and its sponsors will be a lasting one. Subsequently, the programme progressed into the award section. A number of awards were given to students from various Colleges in the University. 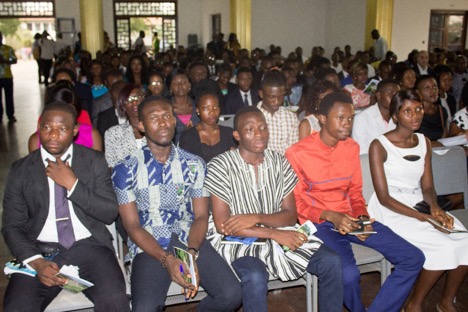 A cross-section of award winners.

Mr. Leslie Aruna Nelson, Managing Director of General Electric Ghana, who spoke on behalf of all sponsors applauded the awardees for such great success. He also assured the University of continuous sponsorship for the programme and urged continuing students to emulate the steps of their predecessors. 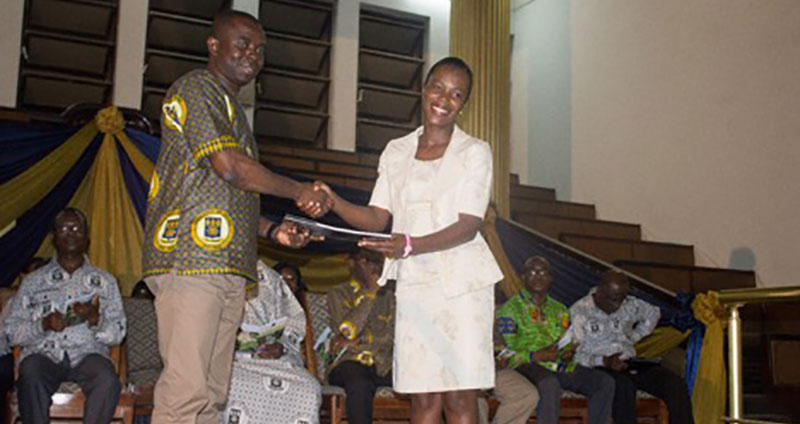 The Dean of UGBS presenting an award to a student.