On the 28th of February 2020, Mr. Sewor Balasu, a Business Coach and an Alumnus of the University of Ghana Business School (UGBS) gave a thought-provoking lecture dubbed “Hey, You Probably Won’t Make It” to students of UGBS. The lecture session which was coordinated by the School’s  Mentoring and Students Service Unit (MSSU) was held at the R.S Amegashie Auditorium and was aimed at educating students about the processes of planning, starting and running a new business.

The guest speaker began the talk by stating that his lecture would focus on the facts concerning being an entrepreneur by telling the students what other people would not. He reported the rate of business failure in Ghana, which is estimated at around 75 % of companies, where they fail within the first three years, while those who survive the first three years do not go beyond 10 years. 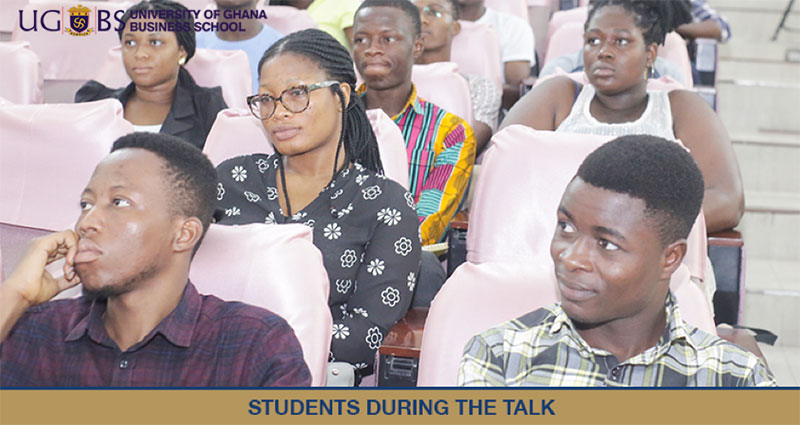 Mr. Balasu advised the students to know their business language and to never stop learning about their profession. As an entrepreneur, he revealed that one should know when to take money out of their company or invest in it. “Do not build the business around yourself, but instead build structures, systems and processes”, he said.  He continued to share his experiences of being an entrepreneur in high school up to date. The engaging session resulted in a very powerful quote from the guest speaker, “The blood of every business is money, but the heartbeat or survival lies in its decisions” as well as a Q&A period. 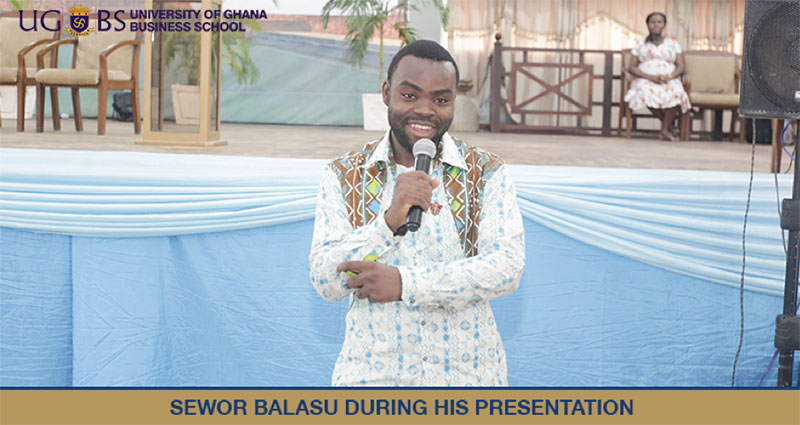